Review: SCARY STORIES TO TELL IN THE DARK 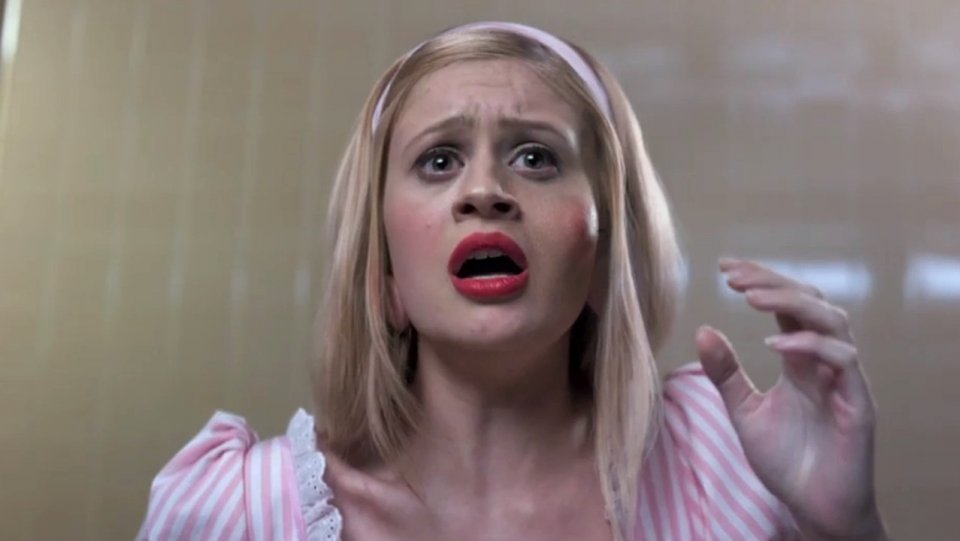 I’ll just be clear off the bat, I’ve not read any of the Scary Stories to Tell in the Dark books.1 I have no real knowledge of the series outside of the film, so fans of the novels might find something here that I did not. Nevertheless, director André Øvredal (Trollhunter, The Autopsy of Jane Doe) and producer Guillermo del Toro are more than enough to get anyone with even the slightest interest in genre film to perk up a bit. While it’s aimed at a younger demographic, there is plenty of grisly and frightful haunts to be found in Scary Stories to Tell in the Dark, though it doesn’t quite hold together as a full narrative version of the anthological source material.

In clear reverence to George A. Romero and his masterpiece Night of the Living Dead,2 Scary Stories to Tell in the Dark takes place in rural Pennsylvania during the end of 1968. The Vietnam War was raging on, draft notices were being sent out to every able bodied young man, Nixon was about to be re-elected, and the mythic lie of “small town America” was still being sold.

The town was founded by a paper mill magnate and his family, who lived a bourgeois life save for a daughter, Sarah, who had a physical deformity. Urban legend told that she would tell children scary stories and then murder them with poison, eventually hanging herself when her crimes were found out. She now haunts the family’s run down mansion, where teenage social outcasts Stella, Ramón, Auggie, and Chuck (Zoee Colletti, Michael Garza, Gabriel Rush, and Austin Zajur, respectively) find Sarah’s book of stories, removing it from the house. The legend becomes reality when new stories start writing themselves in the book, with monsters appearing to attack the children and their friends, families, and bullies.

Scary Stories doesn’t really hold together, which is unfortunate because there are a lot of really solid surface details to really dig on, chief among them is some incredible bits of gruesome body horror. This is a particularly gross film that would make the likes of David Cronenberg proud. There are going to be a lot of children, preteens and teenagers that are skeeved out and have nightmares about giant pimples, disembodied heads, feasting on toes and being slowly transformed into scarecrows…  and that’s kinda awesome. It’s honestly impressive how Øvredal managed to make a film this disgusting and horrific within the limits of a PG-13 rating.3

Similarly, the monster designs are terrifyingly realized, living up to the film’s title. They’re hideous and menacing, obviously influenced by producer del Toro’s adoration of monster design. There are a few moments where the CGI isn’t clean, particularly the Jangly Man at times, but overall the mixture of practical and digital effects are delightfully disturbing.

But unfortunately those moments of genuine inspiration are stuck within a forced narrative and repetitive jump-scare beats that sink the tension of the film. The Scary Stories books are just that: scary stories. The film tries to take this anthology-style storytelling and turn it into a narrative, and the glue just doesn’t hold together. Øvredal and writers Dan and Kevin Hageman clearly admired Andy Muschietti’s It, as Scary Stories follows a similar formula, complete with its own Losers Club that follow similar dynamics. There’s a nugget of a good idea about how children of modern generations have had the idea of death being right around the corner—the film’s 1968 setting uses Vietnam as its example, but there’s a parallel to be made to our modern conflicts as well as the ever-present threat of gun violence at home. It never really congeals, however, in a satisfying cohesive story. The film sings during the “scary stories” scenes but sadly falls apart when it has to connect those dots.

As a film, Scary Stories to Tell in the Dark might not be great. It might not even be “good.” But it definitely will be the gateway film for thousands of kids to get into horror. It’s not quite It level terrifying, but it’s got a bit more edge than something like Stranger Things, and as a “my first horror film” it’ll work like gangbusters for young audiences. Make of that what you will.