Stream of Consciousness: THE TRANSFIGURATION

“Whatever shit you worried about, there’s people out there that done a million times worse” 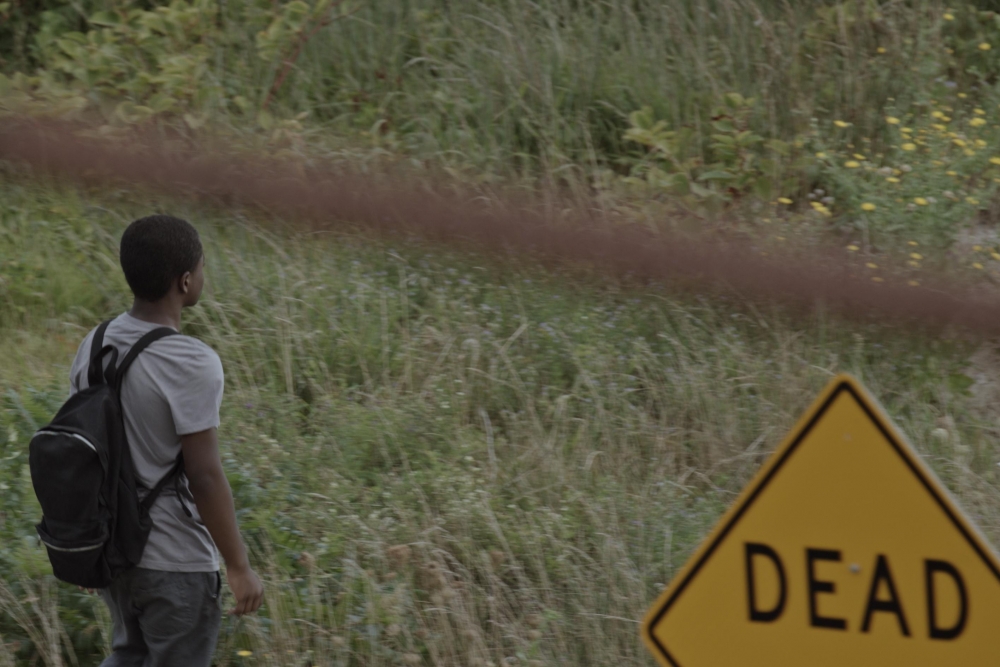 Stream of Consciousness is semi-regular series that highlights underseen gems that are available to watch now from online streaming services. Kevin recommends The Transfiguration, a not-quite-vampire-horror film streaming now in the US from Netflix.

Sometime in the past 48 hours or so, The Transfiguration appeared seemingly out of the blue on Netflix’s US streaming service.  As you might know (and everyone on the Lewton Bus team knows), this is hands down my favorite film of the year after being fortunate enough to change my ticket last minute at Phoenix Film Festival.  Unfortunately for almost everyone else, most people had no way of seeing this film as it never got more than a few festival circuit screenings and a very limited release — until today.  With little fanfare and zero press for its rollout (it wasn’t listed on any of those “take a look at what’s coming to Netflix this month” adverticles), The Transfiguration is now the #1 must see film on Netflix right now.

(Note: My colleague Vyce reviewed The Transfiguration earlier this year in what might be the finest piece of writing Lewton Bus has published.  Read it here)

The Transfiguration tells the story of Milo, a young African American boy in queens living with his couch-ridden older brother in squalor after the passing of his mother.  Coping with grief and struggling with unidentified depression and social anxiety, Milo become obsessed with vampires.  Vampire books, movies, lore… you name it, he’s got a VHS copy of it.  This obsession manifests not only in a collection of old film and studies of historical vampirism — it leads Milo to a series of murders and bloodsucking in an attempt to become a vampire himself.  That is, until he meets Sophie, an abused girl in his public housing living with her abusive grandfather and the two form a bond that causes a crisis of conscience for Milo.

With most great horror films, the abstract terror on the screen is rooted in themes and ideas in the real world, causing the events on screen to register more deeply than just simple jump scares.  The Shining was ostensibly about alcoholism, Alien about sexual violence, The Omen about parental fears — these are all great examples of Horror as a genre rich with thematic depth.  The Transfiguration does all of this and more, becoming a film about not just depression and racial violence (Milo’s victims are exclusively white), but also obsession, urban blight, corporate greed, PTSD, veteran abandonment, and so much more.  There’s so much going on “under the hood” of this film that it’s a miracle that it pulls it all off without feeling either overstuffed or undercooked.  Each element works together and forms a film with more to say than most awards bait “important” films.

What’s most surprising about The Transfiguration is how gorgeous the film is, despite how murky and gross the proceedings are.  Shot in the UK by Michael O’Shea, a first time writer/director who quite literally came out of nowhere, the film’s scenery and design never once feels like a phony stand-in for Queens despite it being on the other side of the Atlantic1.  The people and the buildings feel beaten down and plagued in ways that, due to the film’s almost guerrilla shooting style (partially for budgetary reasons, I’m sure) feel tangible and authentic.  It’s this environmental authenticity combined with two of the finest child performances of the 21st century that takes a thematically rich drive-in grindhouse film and turns it into one of the best films of the year.

Those aforementioned performances are the beating heart of the film, as the romance between Eric Ruffin’s Milo and Chloe Levine’s Sophie forms a sweet core that helps alleviate the gruesome and disturbing elements surrounding Milo’s obsession.  The two are magnetic and have a near indescribable chemistry given how much of their performances are internal.  Ruffin plays Milo’s introversion not with overacted tics or by merely looking withdrawn; rather, Milo is played just slightly off “normal” every moment, like an alien who has observed how humans interact and is now using that knowledge to live amongst us.  It’s just enough to remain relatable, but more than enough that his presence disturbs our senses in almost every scene — when the neighborhood adults call him a “freak” you can see exactly why they think that.  Levine, on the other hand, is almost remarkably “human” as Sophie, showing vulnerability and grace beyond her years, never leaning into the maudlin or overplaying her character where most adult actors would ham up or oversell.  Her wounds are real, both internally and externally, but Levine lets it inform her character, not define it.  When put together, they make an uncommonly tender pairing that’s romance is heartwarming even if it’s messy and likely doomed because of Milo’s vampirism.

I’ve seen dozens of films this year, but none have stuck in my cerebrum like The Transfiguration has.  It’s a film that works two to three times over, both as a romance film, a horror film, and even as a tone poem, without sacrificing anything.  O’Shea deserves all the credit in the world for his ability to handle these shifting tones and atmospheres without the film becoming disconnected or disjointed.  When I was putting together my top ten list for last year, I knew from the beginning of May what my #1 was going to be.  I find myself in the same spot this year as The Transfiguration is far and away the best film I’ve seen in 2017, and I don’t see that changing anytime soon.