Leading Up to his 2018 Top Ten, These 8 are Too Great for Kevin to Ignore 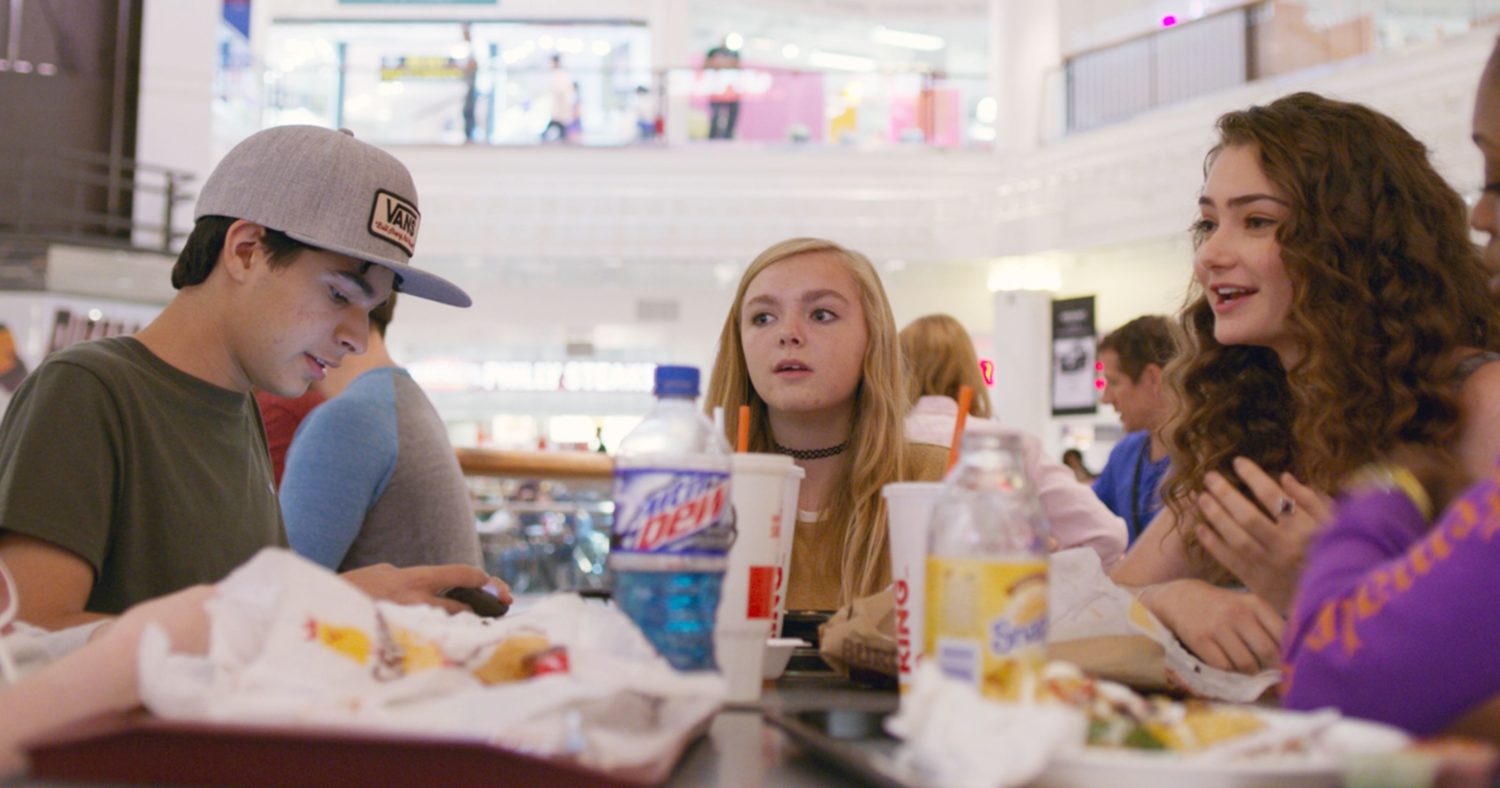 Alright, so now that the individual scenes are out of the way, let’s talk about movies as a whole. I’ll have a more traditional top 10 list coming at you live in a few days, but first I want to talk about some of my favorite films that won’t be on the list despite them being great in their own rights. So instead of throwing out a lame, mid-paragraph, unexplained list of honorable mentions, I’ve given each film their own space to shine. Here are eight films that didn’t quite make the top 10, but are for all intents and purposes just as deserving of praise.

Debra Granik’s Leave No Trace might’ve been the worst (or maybe best) possible film to watch as an expecting father. A story of a veteran, PTSD-riddled man and his daughter living as survivalists just outside Portland, Oregon, it’s a meditation on the trauma, pain and suffering that we potentially pass on to our children. Anchored by impeccable performances by Ben Foster and Thomasin McKenzie as Will and Tom, respectively, Granik’s film captures the traumatic mental anguish of depression in painstaking detail. As Tom slowly becomes more integrated in civilization, Will continues to retreat into the only thing that makes him feel comfort. That anxiety is what winds up tearing their relationship apart, despite their undying love for each other. But even though Will can’t adapt, solace can be found in Tom’s ability to find harmony in society. A father’s goal is for their children to live a better life than them, even if they cannot live that life themselves

The best female-led heist film of 2018, Widows is one of the most balls-to-the-wall mainstream crime films in years. Touching on a vast array of thematic territory — from the interpersonal (interracial relationships, physical and emotional spousal abuse) to the macro (local political corruption, the cultural and racial landscape of Chicago) — Steve McQueen’s film doesn’t play anything safe. The performances, top to bottom, are spectacular, providing a showcase for some oft unappreciated actresses like Elizabeth Debicki1 and Michelle Rodriguez, all while giving a star vehicle for Viola Davis, maybe the best actress working today. It’s a film that will find itself a home subtly sneaking complex topics into the regular dad-movie TNT rotation five years from now — I mean this in the best way possible.

The Ballad of Buster Scruggs

The Coen Brothers are very particular filmmakers, and The Ballad of Buster Scruggs might be the ultimate expression of their interests and idiosyncrasies. A series of six Western short stories connected by similar motifs and subject matter, they touch on all the aspects of the Coens’ work. The segments touch on their tonally-offbeat comedic talents, their criticisms of art and the systems that provide it to the masses, their admiration of the Western genre, and their overwhelmingly cynical outlook on the world and their fellow man as depicted in… well, almost all of their films. The performances are all pitch-perfect, with Tom Waits, Tim Blake Nelson, and Zoe Kazan all anchoring each of their segments in equal parts mischief, mania and melancholy, respectively. If you don’t like anything that The Ballad of Buster Scruggs has to offer, then the Coen Brothers just might not be for you. It’s not necessarily their “best” work (though it’s still obviously damn good if a bit uneven and occasionally redundant in the face of the rest of their filmography.), but it’s maybe their most ambitious and full-blown auteuristic. The Ballad of Buster Scruggs is pure, uncut Coen Brothers and it makes no apologies about being just that.

The Raid and The Raid 2 are two of the best action films of the 21st century, so I was already in the bag for whatever Gareth Evans had up his sleeve. I still was surprised at how much I loved Apostle, Evans’s first foray into english-language cinema and the horror genre. Like The Wicker Man on bath salts, Evans’s film combines all of the flourishes of his previous works — brutal combat, kinetic cinematography, and instantly iconic henchmen and villains — and molded them into the trappings of a more straightforward horror film… until it becomes something more. Spoiling it would be too unfair, but let’s just say if I were to pick the most insane film of 2018, Apostle would almost certainly be it.

The hardest part of Eighth Grade is re-living the worst year of everyone’s life. Being 13 is one of the hardest things a person will go through, with hormone surges causing kids to be both as stunted as six-year-olds, but smart and strong enough to cause lasting pain and suffering both physical and emotional. This is the feeling that Bo Burnham’s film captures with aplomb. It recreates the experience of eighth grade, presenting it in the modern, social-media landscape without judgement. It’s a brilliant choice by Burnham to set the film in the present as it prevents the film from wallowing in nostalgia and can instead examine society through the eyes of a 13-year-old girl. Eighth Grade also introduced the world to Elsie Fisher who gives one of the best performances of the year, managing to carry a film almost entirely on her shoulders while also realistically portraying the angst-ridden awkwardness of being a teenage girl.

If the question was “what is the most culturally important film of 2018,” there’s absolutely zero doubt it would be Black Panther. On a macro-level, it’s immensely significant, being the third highest grossing film of all time in the United States and the highest grossing film ever by a black filmmaker (Ryan Coogler). It’s also a pretty great movie. It’s an ambitious film that delivers thrilling action, instantly-iconic spectacle and thematic depth beyond anything the Marvel Universe has produced so far. It’s maybe too ambitious for its own good, with its flaws primarily due to the rigid Marvel blockbuster structure, but Coogler’s talent for mainstream, Spielberg-ian crowd-pleasing entertainment combined with his ability to land emotional and thematic beats turns it into something more than your average Marvel movie.

If Black Panther was the most important superhero film of 2018, then Aquaman certainly was the most fun. Even as someone for whom the superhero genre has worn thin, I had an absolute ball with Aquaman‘s complete investment in absurd and playful creativity. It’s the only film that might beat out Apostle for the title of strangest film of the year. James Wan’s film is a non-stop, globetrotting adventure that is as inventive as it is entertaining. It’s a blast to watch as Wan just throws a ton of crazy stuff onto the screen, the sillier the better. Aquaman embraces the fact that the titular character is kinda ridiculousEd. note: KINDA??? and leans hard into that. The performances are all on-point, never breaking kayfabe or devolving into hammy scenery-chewing. Everyone involved is game for the weirdness that Aquaman is constantly throwing at the audience. It’s the best DC Universe film to date and it inspires plenty of hope that we’re finally moving beyond the aesthetic and thematic quagmire of the first five films and into a future where anything is possible.

The entry I’m most conflicted about not being in my actual top 10, Springsteen on Broadway might be my favorite work of art of 2018. It’s only here and not on my top 10 list solely because I’m not sure it truly counts as a “film”, rather a work of musical theater that happens to be captured in a cinematic medium for Netflix.2 It is, however, one of the all-time great artists stripping himself bare – he is accompanied merely by an acoustic guitar and a piano, and the only time he’s not alone onstage is when he briefly duets with his wife and E Street Band-mate Patti Scialfa – in front of an audience both in person and watching from home. Bruce Springsteen’s career has been, as he notes, entirely based on a fundamental contradiction: He’s a man who has made a career singing songs about 9-to-5 factory workers and the struggles of lower and middle-class life… all without having worked five days a week in his life and having been internationally famous since he was in his 20s. As he notes, he’s “Mr. Born to Run” and yet he “currently lives ten minutes from his hometown.”

Over the course of two-and-a-half hours, Springsteen intimately reflects on his legacy in both hilarious and haunting detail. He questions everything that turned him from a sickly kid in Asbury Park, New Jersey into a living legend and openly contemplates his own mortality. He questions why he and his bandmates got the chance to become musical legends instead of dying in Vietnam like many of the other young adults his age from his hometown. All the while, Springsteen interjects some of his all–time greatest hits, forming a show unlike anything seen before. Even as someone who has listened to Born to Run, Nebraska, and Darkness on the Edge of Town more times than I can possibly count, Springsteen on Broadway might be the most essential work Bruce Springsteen has ever made. It’s a downright masterpiece.