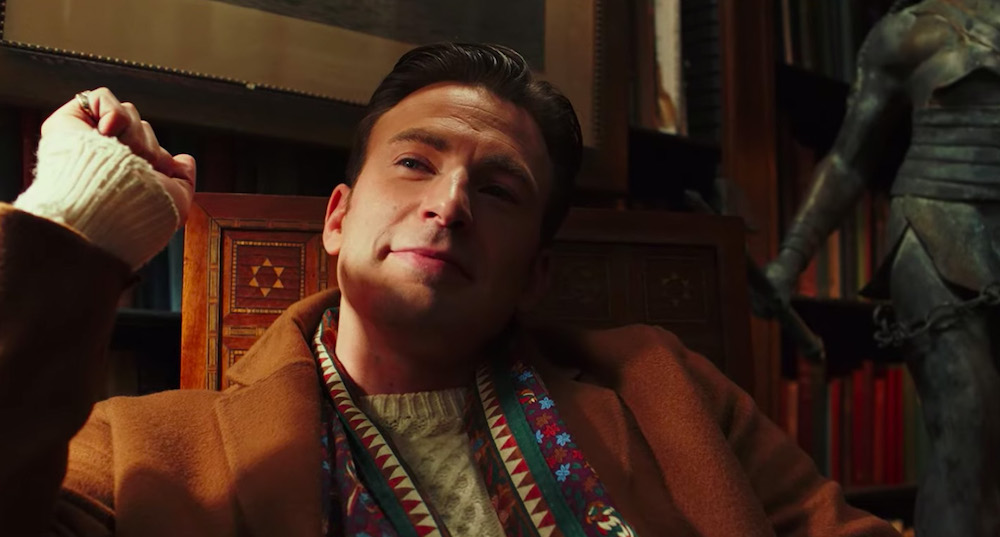 Gang, it’s been a crazy long year, to the extent that I am having a certain degree of difficulty reconciling that many of the events of this year happened within the same 365 day period. This difficulty to wrap my head around this most recent cycle around the sun also extends to the movies. So many great films were released in 2019 that I sometimes struggle to believe that they all were actually released in 2019. And even with as many movies as I saw this year, there are countless ones that I still have not managed to get around to. Nonetheless, one has to implement a cutoff and make the list eventually, so here it is, my top 10 films of 2019:

This one is actually a surprise for me. I openly mocked this movie when the concept was announced, and the trailers did not exactly move me closer to being a true believer. I finally got around to viewing it this past month, and was frankly shocked by how much I enjoyed it. Even ignoring the stunning rendering of Pokemon in live action for the very first time (which I spent no shortage of time marveling at) there’s still a shockingly sweet and poignant little story hiding within the blockbuster trappings of this film. And, yeah; the Pokemon battles are pretty awesome too.

After months of raves building up to its release. I decided to go ahead and give Adam Sandler’s latest foray into serious acting a chance, and I am glad I did. This is a film that lives and dies on the performance of its lead, and Sandler is electric in it. Putting on a performance for the ages and one that will, in a just world, garner the longtime funnyman an Oscar nomination. While the first hour or so of the film can at times just feel unfocused and loud, once the narrative focus becomes clear in the back half, everything begins to make sense, and awe begins to set in. By the time the final credits roll, your jaw is on the floor.

8 – Godzilla: King of The Monsters

Speaking of films that leave you with your jaw on the floor, I don’t know if mine left it for more than five minutes during Godzilla: King of The Monsters. A psychotic, gorgeous love letter to the Godzilla franchise, it is one of the biggest, most buckwild visual spectacles of the year. By the time that the final showdown between King Ghidorah and Godzilla goes down in Boston, I was fully in love with this film and in desperate need for Godzilla vs. Kong to be here already. All hail the king.

The winner of Most Visually Ambitious Blockbuster of the Year (Non-Godzilla Category), Marvel’s latest outing for everyone’s favorite wall-crawler is a sight to behold. Set in the aftermath of Avengers: Endgame, this story exploring Peter Parker’s attempts to deal with the trauma he experienced and grow as a hero in a world with fewer guardrails than before, might just be the most visually ambitious movie in the entire MCU. The fights with Mysterio feel ripped straight from the pages of the comics and manage to masterfully disorient hero and audience alike. The fact that the movie has a solid emotional core and great performances on top of that ensures that when the dust settles it will earn a spot near the top of any MCU Best-Of list.

I don’t know if there was a movie done more of a disservice by its marketing this year than Taika Waititi’s Jo Jo Rabbit. In part, because this is a movie that’s truly impossible to market. No, the film is not in fact an anti-hate satire. It’s absolutely anti-hate, and it is genuinely hilarious, but satire really isn’t a weapon that this movie is using. Waititi’s story of a young boy growing up in Nazi Germany, and how a chance encounter with a Jewish girl that his mother has been hiding eventually leads to his de-radicalization, is a film that has no interest in satirizing hate. It mocks, it because it is infinitely mockable, but being rooted in events that actually happened, it goes out of its way to make sure that the audience sees the vileness of the Nazi regime, and how they managed to corrupt and radicalize even the most innocent of their children. Jo Jo’s journey from true believer to rebel, documented in part by the imaginary version of Hitler that he holds in his mind slowly progressing into the Hitler that we know from history, is one that feels stunningly modern, and I applaud Waititi for what he has done with this film.

Adam Sandler isn’t the only SNL alum to have a stunning dramatic performance grace screens this year. With Dolemite Is My Name, Eddie Murphy reminds audiences that his acting chops are in fact no joke (I do not apologize for this pun)1. The true story of an aspiring artist who launched a comedy career after adopting a raunchy on stage persona, and then launched that persona into cinema history via sheer force of will. The film is a testament to people that refuse to stop fighting to make their dreams a reality.

We’ve now reached what at the beginning of the year I would have called the most unlikely of the films to end up on my top 10, Mike Flannigan’s Doctor Sleep. An adaptation of Stephen King’s literary sequel to The Shining and a sequel to the movie of the same name, the film follows Dan Torrance, decades after the events that transpired at the Overlook Hotel, as he begins to confront his personal demons, and in turn works to save a girl not unlike himself from some very real ones of her own. One of the most human movies of the year, I was truly taken aback by how much this film ended up making me feel. Flanagan has firmly established himself as a director to follow within the horror genre at this point, and is now someone whose career I will be keeping a close eye on moving forward.

2019 could easily be dubbed “The year of the monoculture finale”, with several major franchises doing some version of an at least temporary curtain call. Only one of those managed to avoid angering and disappointing large swaths of its fanbase. Avengers: Endgame was the culmination of over a decade of Marvel storytelling, and in this writer’s opinion, more than lived up to the hype. Equal parts weird adventure movie and massive visual spectacle, this swan song for some of Marvel’s biggest names is very much a singular experience. Tasked with tying together the disparate plotlines of a decade of Marvel movies, the fact that this film isn’t a complete disjointed mess is an achievement, that it succeeds to the extent that it does is a minor miracle.

2 – A Beautiful Day in The Neighborhood

I’ll be honest. I’ve kinda intuitively known that this movie was going to make my top 10 from the day that it was announced. It’s just kind of conceptually right up my alley in a way that is hard to even completely contextualize. Then I saw the movie and came away more deeply in love with it than I could have even imagined. Marielle Heller’s semi-fictionalized adaptation of the true story of a cynical writer entering into the orbit of the legendary Fred Rogers in the course of writing a magazine profile of him, and coming away forever changed, is a stunning film. Shockingly conceptual and structurally bold, and with the biggest, warmest heart of any movie you will see this year, it plays out like a feature length therapy session for repressed adults, and it was a joy to experience. The acting awards races are tight this year but if Matthew Rhys doesn’t get a nomination for Best Actor, and Hanks for Best Supporting, I will be profoundly disappointed.

I didn’t necessarily plan on this happening, but there’s something poetic about Rian Johnson topping my top ten list in the year that Star Wars: The Rise of Skywalker comes out. After gifting us one of the three greatest Star Wars films ever made, Johnson decided to turn around and make a whodunnit (more like “who donut” am I right2) just for funsies. And of course it is a masterpiece. Johnson’s weird and wild murder mystery is one for the ages, featuring an astounding cast of great actors providing us with gloriously distinct characters, topped off by the performances of Daniel Craig, Ana De Armas, and Chris Evans. Craig’s genteel southern private detective Benoit Blanc, Armas’ turn as the kindly nurse protagonist who cannot lie without puking, and Chris Evans’ scummy trust fund grandson add just the right amount of absurdity and flair to this wild and hilarious ride of a film. All the pieces are there for you to solve the mystery yourself, and when the big parlor scene roles around, you’ll be kicking yourself if you haven’t figured it out, but thrilled to see it unfold.